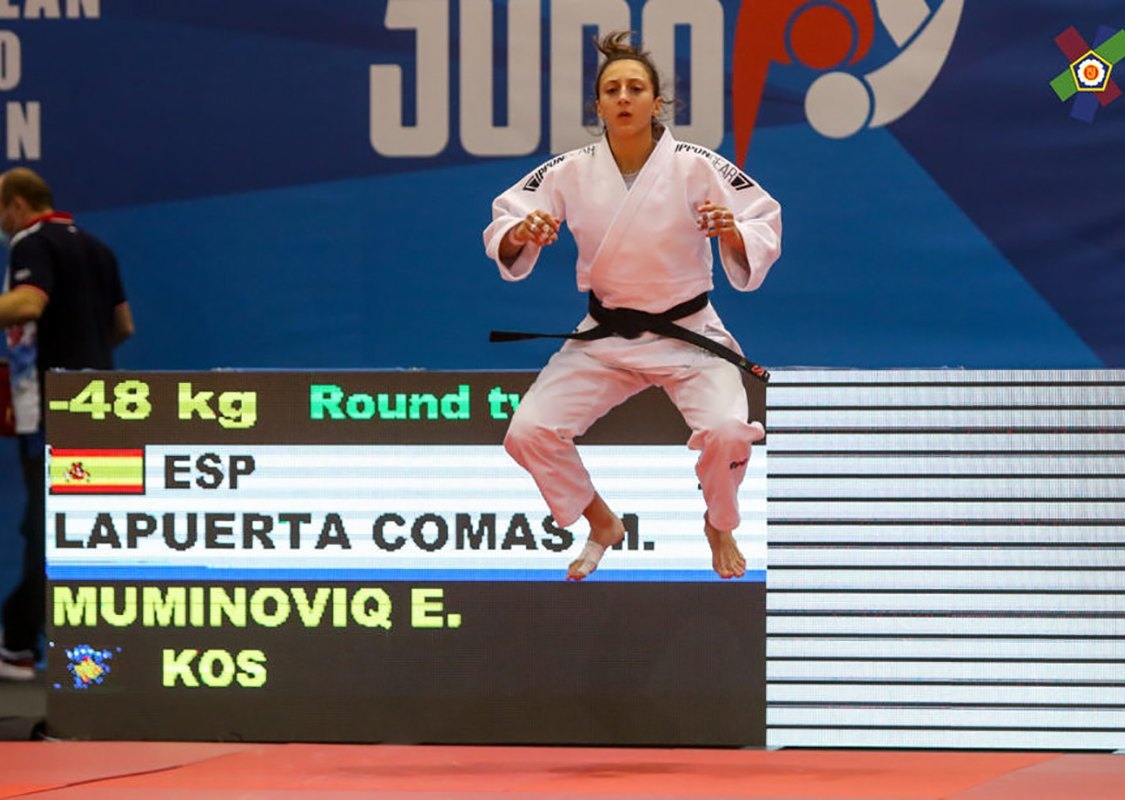 Mireia Lapuerta, the current runner-up in the European Under-23 Championship, has not stepped on a competition tatami since February, as a result of the forced shutdown by the COVID-19 pandemic.

Lapuerta, has started the day defeating the Kosovar Muminoviq, in a very intense and contested fight in which the Catalan has taken the initiative but has ended up deciding to disqualify the Kosovar in an unsportsmanlike action.

In the quarterfinals, the judoka under Dani Rei defeated the Hungarian Beringer in a fight that lasted the golden technique, but which gave Lapuerta access to the semifinals.

The Russian Khubulova prevented the Catalan from reaching the final and placed her in the fight for the bronze medal.

In the fourth and final fight, Lapuerta was on the verge of the bronze medal when he fell to Serbia's Stojadinov in a fight in which the Maresme judoka took the initiative at all times and went ahead on the scoreboard. Despite the superiority of the Catalan, an unfortunate action has cost the medal to Mireia Lapuerta, who has had to settle for a commendable fifth position.

With no time to rest, he will be competing in the Absolute European Championships in Prague in two weeks.